“Hello there! Lovely to see you again. You come here a lot don’t you!” said the smiling young man at the till as we purchased a towel in our favourite shop. “Never out of here.” grumbled Mr R “Rare that we buy anything though.” At which point I kicked him swiftly on the ankle!

It’s true though. We rarely miss a weekend trip to our local branch of John Lewis at Home. For those that don’t know, and shame on you if you don’t, this is the baby version of Britain’s (in my opinion) best loved and best ever department store. No clothes, no fragrance hall, no sport, leisure or toy department, just lovely things for the home. 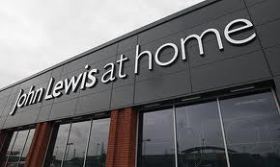 I have had a love affair with John Lewis ever since I was eighteen and moved to London to train to be a nurse. Until then shopping had been confined to the odd trip on the bus to Broadmead in Bristol. At that time there were two deparment stores called Lewis’s and Jones’s in town, and the only reason I went in them was so that I could use the lifts to get to the loos. I grew up in the country so lifts were a novelty. It didn’t take much to get me excited back then! Department stores were boring places for parents to go and buy a new set of dinner plates from. Far too uncool for a  super trendy teenager like me! 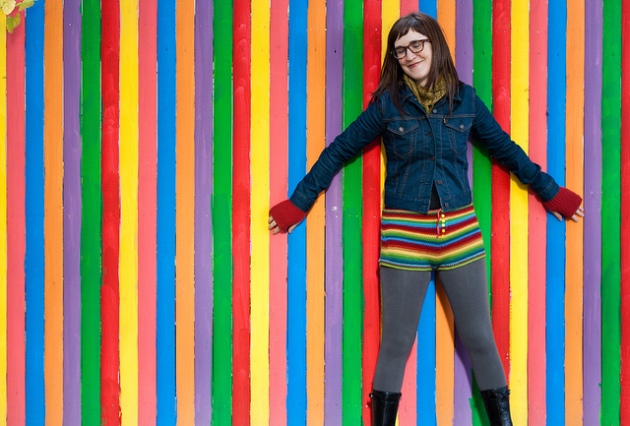 A move to London meant that I suddenly had a kitchen cupboard of my own to fill and although I lusted over Habitat’s kitchen department, it was John Lewis in Oxford Street that I headed to. What a store! It had everything. Well no, not quite. Harrods sold pets. John Lewis didn’t ! I bypassed the clothing and cosmetic department ( no Chelsea Girl or Topshop, and they didn’t sell Miners make up ) and headed straight for  kitchen and crockery  and strangely enough, haberdashery. I can’t sew or knit but loved all the little gadgets and buttons that you could find there. A bit like an Aladdin’s cave, except this cave was super organised and no mean genie to worry about, just ever so helpful assistants who truly gave service with a smile.

Ever since then my idea of shopping heaven has been a day spent in a John Lewis department store. Not just for a few hours, but quite literally from the time they opened to the time they quite politely tell lingering customers that the store is about to close. What is it about John Lewis that in my opinion makes it stand out head and shoulders above the rest? Well, for a start the choice and quality of what they sell is second to none. You know that whatever you buy will be top notch. I’m happy to pay the prices they charge. Yes, you might pay less elsewhere, but only for inferior products. I love the layout and the styling and of course the level of customer care is world famous. If you need a little help or advice then you can be confident that all of the sales assistants know there stuff inside out. Well apart from a certain assistant called Brigitte.

Frequenting the aisles of my favourite store as a customer was never quite enough. I wanted to be part of the John Lewis family. And of course, everyone that works there are more than just employees. They own the company and are always referred to as partners. It is in everyones interest that the company does well, and this is reflected in the fab service that you always encounter.

So, imagine my excitement when last Christmas when I discovered that my local store were taking on seasonal staff. Wouldn’t that be a wish come true if I could get to actually work there. I applied, and by some miracle got the job! How excited and nervous I was on that first day to actually be allowed to go behind the doors that customers don’t see beyond! Training was as you can imagine, thorough and I wasn’t allowed on the shop floor until I had some idea of what was expected of me. How proud I was the first time I walked out onto the shop floor in my smart outfit complete with name badge. Then someone asked for help. I very very nearly told them to go and find an assistant, but then remembered I was an assistant! I smiled and politely admitted that it was my first day and that I would find them someone who could help them. Suddenly I felt out of my depth and comfort zone. I was used to dealing with five year olds not discerning customers during the hectic build up to Christmas.

I absolutely loved my short time as a temporary partner. It wasn’t easy. I made mistakes and felt like a right divvy at times. My feet hurt like mad at the end of a shift and my smart heels soon became sensible flats. My work colleagues were ever patient. Ever friendly. Ever helpful. Customers could be demanding but they could also be appreciative and friendly. I learnt that trying to wing it just doesn’t work and being up front and honest if you don’t know something is always the best policy.

It was a sad day when I served my last customer and had to hand in my name badge and pass. I still miss working there and everyone who worked in my department. But I get to see them on my weekly fix and it’s great that they still remember me. Hopefully in a good way and not just because I was that daft old bat who almost forgot to scan an electrical item costing hundreds!