Is there a place where the moment you arrive you feel yourself relax and yet tingle a little with excitement? There is a point on the A30, at the foot of the hill where the Tamar seperates two counties, when I know that any second I will see a sign welcoming me to Cornwall. That is my moment when I want to jump up and down with glee, except of course I’m retstrained by a seatbelt so I have to make do with a small punch in the air, taking care not to take out Mr R in the driving seat, and a loud “We’re here…yippee”!

Crossing into Cornwall is always the best part of the journey. Seeing the sea for the first time is always a close second. The far west is my favourite area where the landscape becomes more rugged, the coast a little wilder and the feeling that you are in a land that is ancient and mysterious is more tangible. I love the gorse covered moors of Penwith that tumble down to the sea and are peppered with ruins of a long gone mining industry and stones that have stood for thousands of years.

I have been to Porthleven several times before and have very happy memories of winter holidays there. A fishing village tucked into the curve of Mounts Bay where the Lizard peninsula begin, it often feels the full force of mother nature and on a stormy day, the sea becomes a spectacular tempest.Over the last few weeks however the sea hasn’t been too kind to the village and has reeked much havoc. For the first time since 1906 there have been no boats in the harbour since the huge wooden harbour defences were smashed and the boats had to be lifted out to stop them being destroyed too.

We spent our week in the prettiest of bijoux cottages a few minutes walk from the harbour. We woke up listening to the squawking of seagulls and the roar of the sea. Our temporary home was cosy and stylish. Trying to light the wood burner became a challenge for Mr R and having to deal with two flights of extremely steep and narrow stairs kept me fit!

Porthleven is well known for great places to eat. It’s a foodies paradise! But then much of Cornwall is as well! A holiday in Cornwall isn’t complete though without sampling a pasty, a cream tea and some seafood.I’m happy to say all three were consumed with gusto. Blow the diet for a week!

After all of the storms of the previous weeks, mother nature decided to give our little island a breather and we arrived in sunshine which then made an appearance every day. The wind died down to a mere whisper and the warmth in the sun reminded me that Spring is around the corner. Fields were full of early daffodils and people were brave enough to shed a few winter layers and even sit outside to enjoy a cup of something warming.

A week is never long enough for me and crossing the boundry back into Devon I can feel myself deflate. I never want to leave and dream of the day when maybe we could make it our home. But that really is wishful thinking for now and we must make do with borrowing it as our home for the odd week or two. I have pointed out to Mr R that our little cottage still has a week vacant in August, but he’s yet to give the ok!

So, what are the highlights of our holiday?

1.Returning to Porthleven and seeing that little had changed.

2.Watching the huge waves break on the beach and harbour walls…amazing!

3.Visiting Sennen Cove and being able to park at the bottom of the hill instead of at the summer car park at the top. That hill is a killer!

4.Having a cream tea at the very lovely Heather’s Coffee Shop in Pendeen. She makes the best ever scones and cakes!

5. Quiz night at the Atlantic Inn in Portleven. Not only do they serve fab fish and chips but they make you feel really welcome. We are sad to say that we came second from last. We failed badly on recognising A list couples!

7. Breakfast in the Seadrift kitchen cafe n Porthleven. Those waffles were to die for!

Our home for the week… 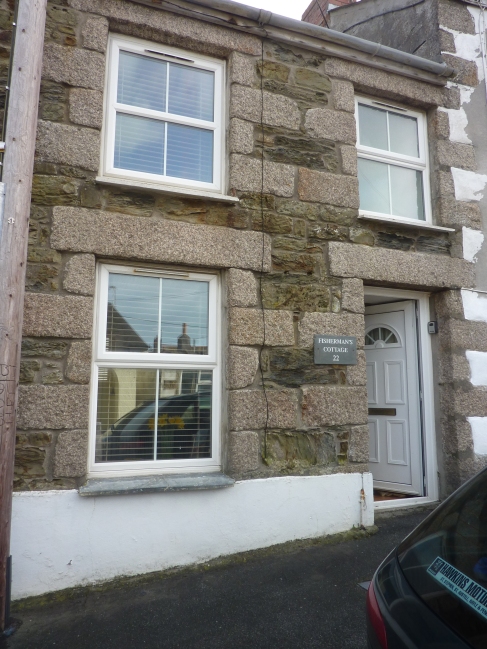 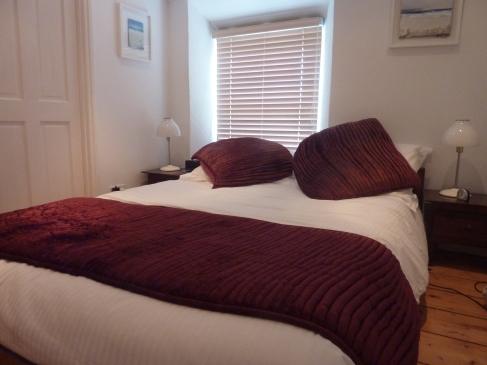 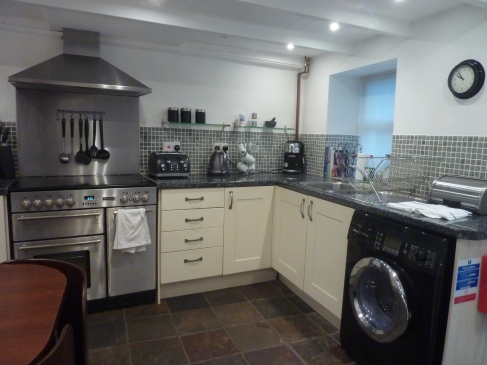 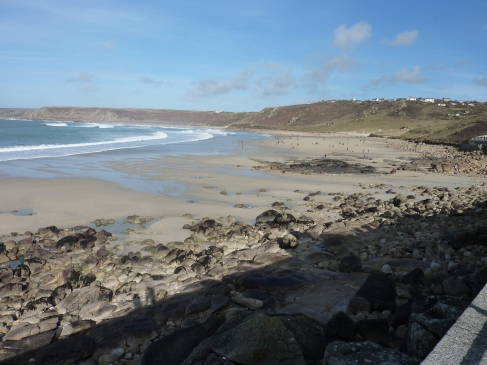 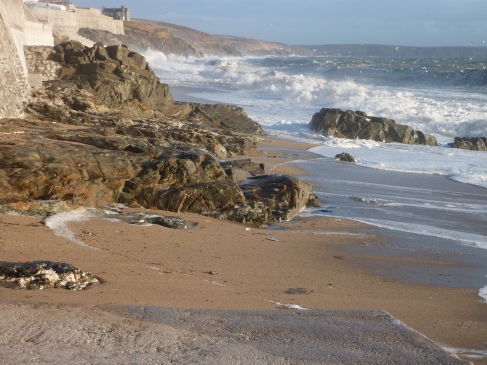 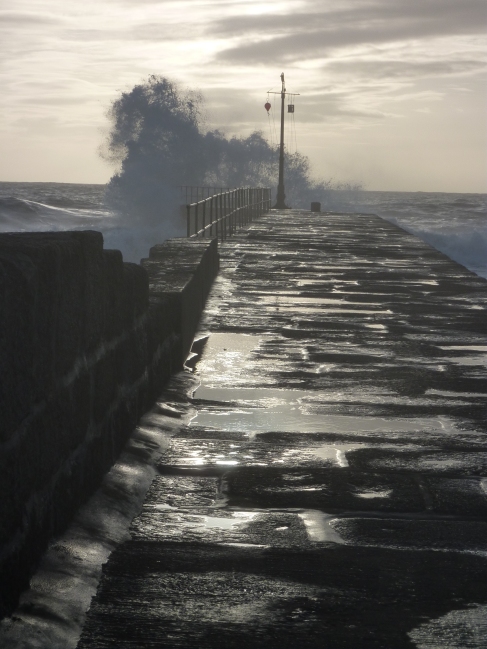 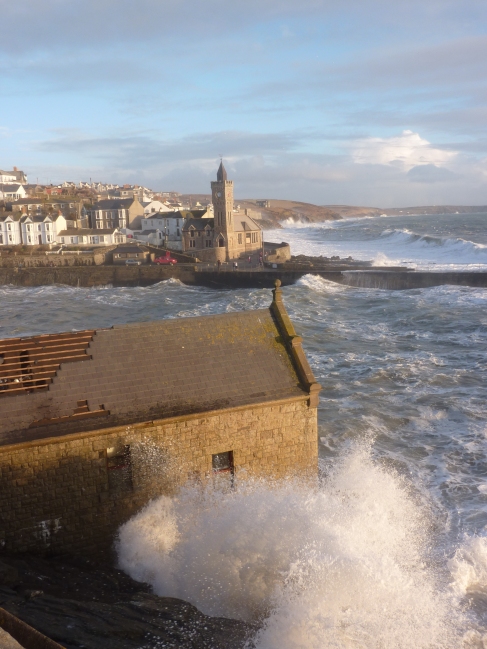 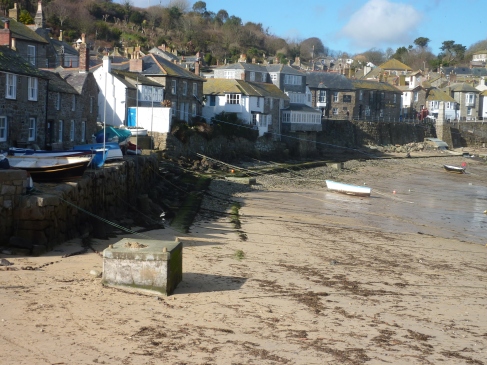 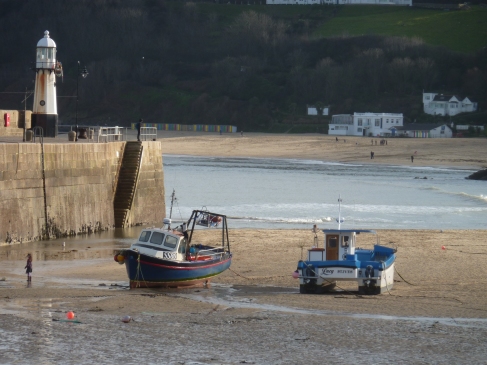 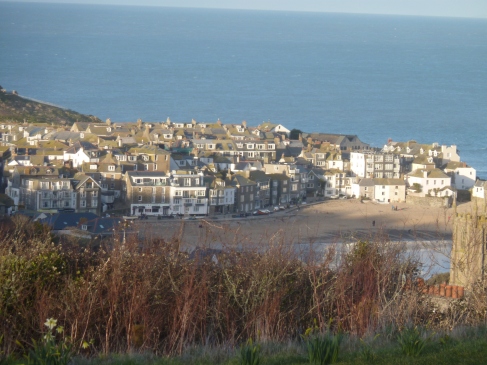 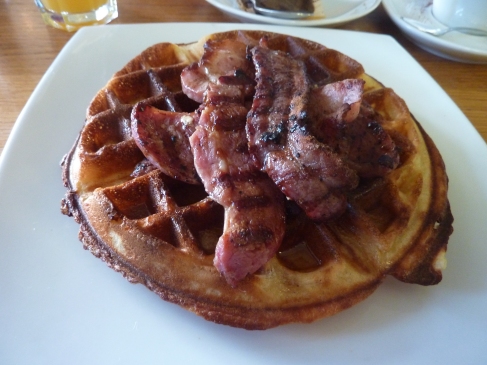 6 thoughts on “A pasty, cream tea and fish and chips!”

A Sustainable Lifestyle and Travel Blog