A couple of posts back I confessed that I was feeling just a smidgeon apprehensive about my forthcoming trip to Vienna. After years of depending on a husband to “take charge” on foreign trips, I’d lost confidence in my own abilities in being able to cope. Well, I’m back and do you know what, I was worrying about nothing . Not only did I cope, I exceeded coping and my confidence grew the moment the plane touched down at Vienna Airport. I can honestly say that I felt empowered by not relying on anyone else and I just loved every minute of that feeling!

Austria holds a special place in my heart after spending most of my summer holidays there during my teens with a pen friend and her family. Ten years ago I went to Vienna with my ex and fell in love with the city. Unfortunately Mr R hates flying and I thought I would never get the chance to go again which really did make me feel quite sad. Then last Autumn I came up with a cunning plan. Why not ask son number two, who I knew wanted to go, to come with me? So I did and he said yes. Whooppee-I would have done a cartwheel right there and then if I were able to still do them!

We decided to find accommodation with Air B&B  rather than stay in a hotel as I wanted us to experience staying in a Viennese apartment in a district away from the tourist areas yet only a few underground stops away from all of the sites. It didn’t take long to find the perfect apartment in a perfect location. Our apartment in  43 Obere Donaustrasse  is in a post war block that to be honest looked a bit forbidding and wouldn’t have looked out of place as a location for an espionage movie set in the Cold war. Concrete, chilly corridors and a clunky tiny lift all added to the charm and I half expected to see Harry Lime lurking in a doorway. All that was needed was some zither music playing in the back ground! Forbidding it may have been but I was taken with the place as soon as I set eyes on it. Perfect! (The Third Man just happens to be my all time favourite film!) 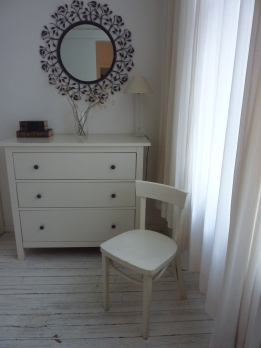 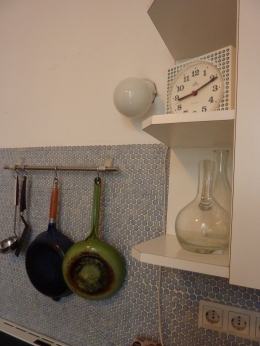 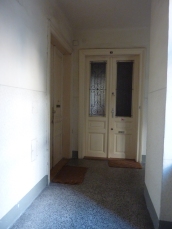 The building may have been stark and austere from the outside but the apartment its self was anything but, spacious and light with lots of period details including an original loo. Now I don’t know if you’ve ever accounted an old style Austrian loo, but they are not for the squeamish. You do what you have to do on a little ledge before you flush it away. All I can say is that it’s pretty gross and that Austrians in the past must have had a fascination for examining bodily waste!

I don’t want to bore you with a blow by blow account of what we did during our stay. I can’t think of anything worse than listening to someone drone on with “First we did this” and “Next we did that” and so forth and so forth. Let me just say that Vienna is a very beautiful city that’s quite compact, flat and easy on the shoe leather.If you are looking for culture, it’s full to overflowing with it. If you are looking for something a bit different, there are museums exhibiting the weird and wonderful. I want to go to the museum of pathology next time. I’m rather fascinated by things floating in formaldehyde! I’d also love to go on a Third Man sewer tour which unfortunately wasn’t running when we were there.And of course there is the schnitzel, strudel and lots of torte! 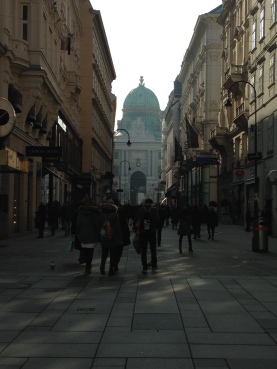 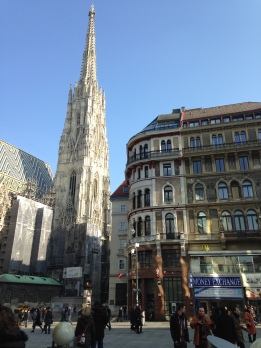 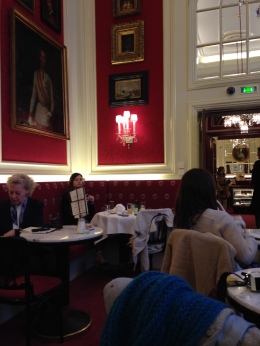 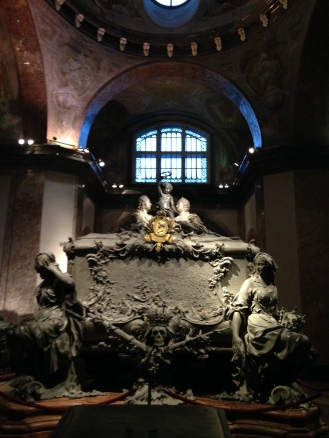 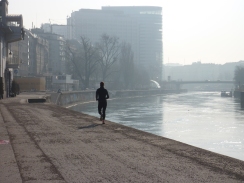 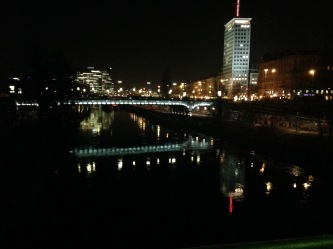 So, what did I discover about Vienna?

1. The transport system is super efficient and incredibly cheap. A ticket costs just over 2 euros irrespective of distance. There are no barriers at the underground stations. You have to validate your ticket beforehand and there are spot checks although we never came across any. We could easily have travelled without a ticket for the time we were there, which of course we would never have done. It seems to me that the Viennese are a trustworthy lot. The underground system is small compared to the ones in London and Paris and much easier to use.

2. Jay walking is frowned upon. You cross at a designated crossing and you never, ever go if it’s not green even if there is absolutely nothing coming! It felt very weird standing on a deserted road waiting for the green man.

3.The Viennese believe in etiquette.Well, most of the time. It’s polite to greet people by saying Gruss Gott if you pass them on the street or when entering a shop. Of course you can’t do this in a busy area or you’d look a right wally if you start gruss gott-ing left right and centre. When it comes to tipping you don’t leave money on the table but give notes to the waiter and tell them to keep the change. We never really got the hang of this. We discovered that no one waits their turn. It might be obvious that you are waiting for a table to become free but someone else will happily push past you to get it as soon as it’s been vacated. We adopted an in for a penny and in for a pound mentality and all of our natural queuing etiquette went out of the window!

4. The Viennese like to smoke and drink. Don’t be surprised if you come across smoking in eating places,although there should be designated areas. It was weird to see signs outside restaurants claiming they were smoker friendly.I was a little puzzled at one restaurant when a customer popped into what looked like a glass sphere. It was when she lit up that I realized it was the smoking area. I love the local Gruner Veltliner wine, a crisp dry white wine, and to buy a glass of it is really inexpensive. I couldn’t believe it when we only paid 2 euros for a glass when we ate out our first night.

5. Traditional Viennese dishes are meat heavy and hearty.They may also contain ingredients that you might not normally choose to eat! At our first restaurant, a popular gasthaus serving traditional dishes we decided to take pot luck as we couldn’t translate the menu. Son number two’s dish turned out to be chopped lungs in a cream sauce! He really enjoyed it, but maybe it’s best to ask for a translation to be on the safe side!

6. Sacher torte is over-rated, especially when you pay 24 euros for two slices and two coffees at the Hotel Sacher.Granted the cafe is very pretty, but it’s a bit of a tourist trap and I’ve eaten better chocolate cake at my local M&S cafe. Still we can say been there, done that and no we didn’t buy the tee-shirt!

7. English is widely spoken and even though an attempt to say a few simple phrases in german is appreciated everyone was happy to converse in english with us. Well almost everyone! An elderly lady lived next door to our apartment. One evening she frantically rang our door bell at 11.30. I hate answering the door in other countries especially late at night, but as it just kept on ringing I had no option but to answer it. Fortunately it was the elderly neighbour and no one dodgy. She beckoned me frantically into her bathroom to show me a)her boiler and b)her running bath tap. Now my german is pretty basic and it’s 40 years since I did, and failed, O level german. The neighbour spoke no english at all. She was also dressed in just a jumper, pants and tights! Her water wasn’t hot and she wanted me to do something about it.After 40 minutes of trying to explain in appalling german  that I couldn’t help her and that she needed to get a plumber to sort it out she finally  let me go. It’s times like those that you wish that  brushed  up on your language skills!

The whole trip was truly brilliant but far too short. It was lovely to spend some mum/son time with my youngest, who fell in love with the city and now wants to do a Masters in Maths at the university. Every minute was memorable, even the strange encounter with the neighbour.My favourite memory has to be coming across a concert on the steps outside the Parliament as the sun was setting. It just felt so magical and at that moment I experienced a feeling that was of pure joy.

Go to Vienna if you are thinking of exploring one of Europe’s beautiful cities. You won’t be disappointed and I bet like me, you will fall in love the city of palaces, art, music, churches, open spaces and friendly people. Just don’t bother with the Sacher Torte!

A Sustainable Lifestyle and Travel Blog