A woman’s hair is often referred to as her crowning glory. Our hair is a reflection of ourselves and something that matters dearly to us. If our hair doesn’t feel right, then we often don’t feel right either. We stress if we can’t get it to look good and happy to spend a fortune on it with trips to the hairdressers or ponder whether to buy products that promise to make your hair shine, give it volume or tame an unruly mop. We go through life experimenting and keeping up with the trends, from beehives to gamine cuts, from poodle perms to poker straight. We are influenced by the barnets of celebrities or TV characters. There’s been the Purdey cut and the Rachel from Friends style amongst many others. 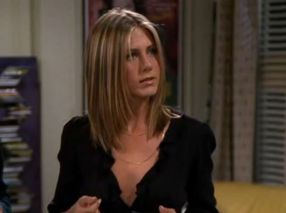 I’ve always thought of my hair as my best feature. I was born with a thick mop of dark hair and although it lightened as I grew it remained thick and shiny. Over the years it went from very long to very short, from being straight to being curly (not a good look) and from being a red head to being blonde (huge mistake) As I grew older and the rest of me started sagging, filling out or wore out, the state of my hair stayed constant. Hairdressers remarked how healthy and thick it was, and I stuck to shampoo for normal hair as that’s what it was. Not dry, oily, greasy, frizzy or damaged. Just happily normal!

That was then though, and this is now and it’s all gone horribly wrong! I won’t bore you with the whole pneumonia and being really ill story, but I will say that one thing that got me down was that for nearly a month I couldn’t wash my hair. Despite feeling awful, what worried me was the state of my hair. How mad is that! The day I was finally allowed to wash my hair, was the day I started to feel half decent and it gave me such a lift!

When I came home and started feeling like my old self again I thought that was the end of the matter, but if only life were that easy, which of course it usually isn’t. You see, a rather embarrassing and increasingly distressing problem has cropped up. My hair has decided to fall out, not just a little, but a lot. At first I started noticing that there was a lot of hair on my brush or in the shower tray. My parting started to get wider and my fringe thinner. My hair lost it’s volume and the condition deteriorated. At first it was a niggle, now it’s a huge worry and occupies my mind constantly. More and more is coming out and my hair is becoming increasingly thin to the point that you can see my scalp. Meanwhile my bathroom bin is filling up with my hair and I’m forever hoovering and picking up stray hairs. If I touch my hair lightly, a couple of strands come away. If I comb it, the loss is far worse. I dread washing my hair and styling it is a disaster. Actually, there’s little point in even trying to style it. It looks rubbish whether its been blow dryed or not. I reckon that I’ve lost around 40% of my hair, and there’s no sign of it stopping. I’m beginning to dread going out and feel so ugly and self conscious. When I had the poorly leg, no one could see it as I wore trousers. Hair loss is just so visible. People don’t bat an eyelid at a balding man. They do when they see a balding woman. It’s no wonder when a woman diagnosed with cancer and faces chemotherapy she worries about the loss of her hair. To lose your hair, is to lose a part of who you are and your femininity.

I can’t get to see my GP for another few weeks, but with a little investigation, I think I’ve found the root of the problem (sorry for the pun but I couldn’t resist it) There is a.condition called Telogen Effluvium which I think I might be suffering with. This is a disorder that alters the hair growth cycle often due to emotional or physiological stress, hormonal imbalances, nutritional deficiencies or eating disorders. It can happen after serious illnesses (one tick) and the hair loss starts a couple of months following the illness (two ticks). The good news is that it’s rarely permanent and the hair will regrow. There’s no treatment for it, but if you are deficient in anything then that needs sorting and if you are stressed then that needs addressing. Of course, no one should rely on self diagnosing so I’ll leave it to the doctor to decide what the problem is.

Even if this problem is temporary and the shedding stops which can take a couple of months, I’ll still have to live for months with very little hair as the new hair grows. The thought of being like this depresses me big time. I’ve been through a rough time over the last few years. First the poorly leg, then the lurgy and now this. I just need a break thank you very much! What to do about coping with the lack of hair issue? Do I wear headscarves? Hats? Get a wig? To be honest, not one of those appeal. A head scarf is such a give away that there is a hair issue. You can’t wear hats inside and have you seen the price of a decent wig (oh yes, I’ve done my research!) Am I just being vain by stressing about the loss of some hair. Surely I should just be grateful for being alive when I very nearly wasn’t and this issue is just a small price to pay for being here today!

I wish I could take this attitude!