I was sat at the kitchen table this morning munching my way through toast and marmalade and wondering what to blog about today. As Maggie, the protagonist in my book, has started to write a ‘to do’ list to hopefully pep up her marriage and to discover new experiences or ones she has missed out on, I thought that I’d write something similar. Although whether I need to ‘pep up’ my marriage is just for me and Mr R to know!

But then I thought, considering everything that’s going on in the world right now, would that be just a bit too flippant? Is it right to write about what I want out of life when we are in a situation where people are at risk of dying or are risking their own lives by helping to save those of others? I eventually decided that I’d leave such a post for another day.

As we watch the news of our wonderful NHS professionals caring for patients extremely ill with Covid 19 and are saddened by the deaths of two nurses working on the frontline, I feel a sense of guilt that I didn’t continue my nursing career and that I should be playing my part in the NHS’s heroic fight against this invisable killer. Even though there is a strong possibility that by now I would have retired if I’d carried on nursing, I would have jumped at the chance to answer the call for retired health workers to return to work. It bothers me that nearly thirty years ago I was more than happy to hang up my uniform without a single qualm that I was turning my back on a career that was both rewarding and at times frustrating, exhausting and bloody hard work!

I never set out to be a nurse. At school I wanted to be an English teacher despite being pretty rubbish at spelling, grammer and writing in general. The careers officer suggested working in a supermarket. This didn’t thrill me. I decided to go to college instead and as my friends were enrolling on a pre-nursing course, I decided that I may as well enrol too.

When the time came to decide where to train, there was only one option that I would consider, London. I wanted to live in the capital and was besides myself with excitement when I was accepted at Charing Cross Hospital to do my training to become a registered nurse despite only having one A level in Home Economics and CSE grade 2 in Maths.

Today, to become a nurse, you have to obtain a degree. You really are a student. You attend university and you get a student loan to pay for the privilage. In 1977 I was called a student nurse, but apart from weeks spent learning the theory in the School of Nursing, most of the time we learnt on the job on the wards and were very much part of the work force. We didn’t live off of grants. We were paid a wage and to be honest, I was pretty well off as my on-site accomodation cost next to nothing and there were no bills to pay apart from the rental on my Grenada black and white portable TV!

Much of my time as a student nurse was spent doing what we considered the more menial jobs, but I now know as really important jobs. The obs round, the bowel round, the backs round. Running errands and making lots of beds! Lots and lots of beds! I had to overcome my embarrasment of giving men full blanket baths. I’d never seen a willy before! I was petrified when I was asked to help lay out my first dead person. I was an emotional wreck when I observed my first resuscitation, especially as the patient was well liked by us all. Got laughed at when missed the right hole when attempting my first catheterisation. Shouted at by stressed ward sisters and struggled to sleep after night shifts. I would pop a few Nitrazepam from the drug trolley into my uniform pocket to help me drop off only to wake up later feeling like I’d been hit with a sledgehammer. All of this and studying for exams at the same time! But they were good times. I worked hard and I played hard and I wore my uniform with pride.

Once you qualified you were guarenteed a staff nurse post at the hospital. I was put onto the rehabilitation and orthopeadic ward. A mix of patient’s recovering from strokes and those who required orthopeadic procedures. Being a staff nurse meant being a part of the team and I was lucky to work with wonderful nurses and doctors who became friends. They were the best years and to this day I regret my decision to leave and return to Bristol to work in a nursing home which turned out to be a huge mistake.

I returned to London and worked at St Georges before moving out of the NHS and into the private sector. A move that was purely based on wanting more money in my pay packet as I’d become a home owner! Can you imagine that happening now? A 23 year old nurse in London being able to buy a two bedroom flat with a garden!!

Working as a nurse in a private hospital wasn’t much different than working in the NHS. Nursing private patients is the same as those that aren’t private. Everyone suffers from the same illnesses or need the same operation no matter who you are. Vomit looks the same from everyone. People need comforting and reassuring whether they be rough sleepers or government ministers. Yes, the hospitals are world’s apart from an NHS one. Some are more like smart hotels. We were at the beck and call of some consultants who treated us as minions rather than health professionals in our own right. We were never short of clean linen or other essential supplies. We had difficult, demanding patients. We also had lovely, appreciative patients. People are people no matter where you are.

I left nursing as a senior ward sister. Much of my work day was spent dealing with paperwork, consultants or attending senior team meetings. I tried to visit all of the patients every day but it was to say hello and see how they were rather than hands on nursing care. It was a stressful position at times. I was ultimately accountable for doctor’s instructions that hadn’t been carried out, mistakes being made…it happens, we aren’t infallible…. Trying to find bank and agency staff to fill gaps when nurses called in sick. I was unpopular if I couldn’t grant specific days off requests from my team especially over the festive season. I got frustrated with myself for not contributing at senior team meetings as I felt out of my depth.

I left to have my second baby and I never returned. I had decided to be a stay at home mum and my life took a different path. Do I regret leaving the profession? At times I do. When I was in hospital for a month, there were times watching the nurses that I missed the job. I still dream about working on the wards even now, years later. Once a nurse, always a nurse!

We need to support our wonderful nurses and everyone who work in the NHS by doing what is asked of us and stay at home, observe social distancing and wash our hands. Don’t put our health care workers at risk by disregarding these simple rules. You never know that one day you might need them! 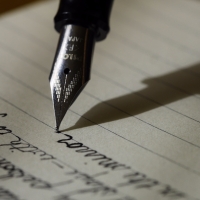 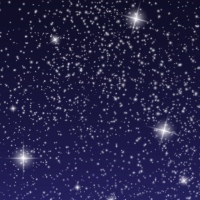